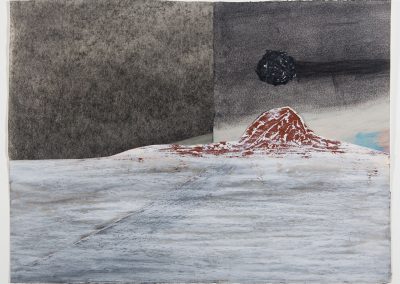 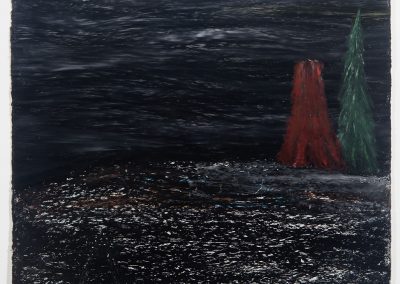 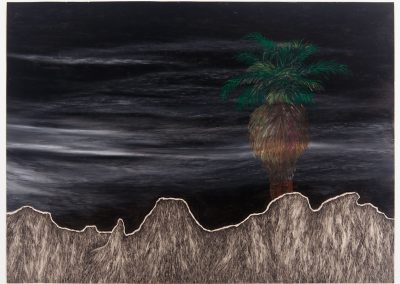 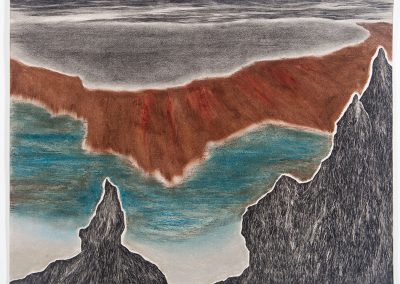 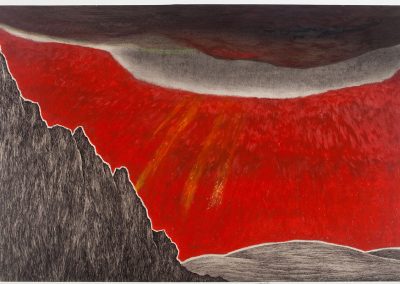 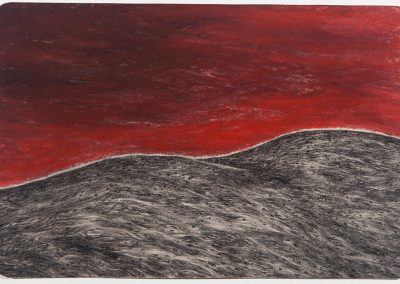 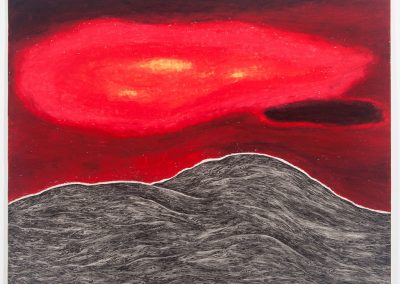 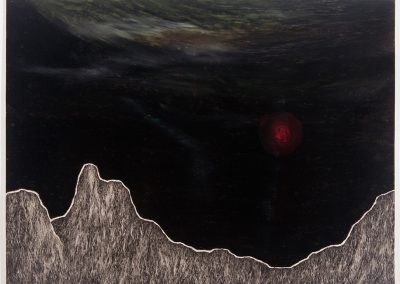 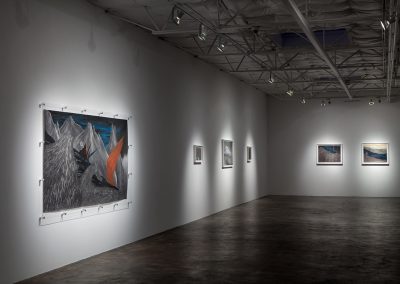 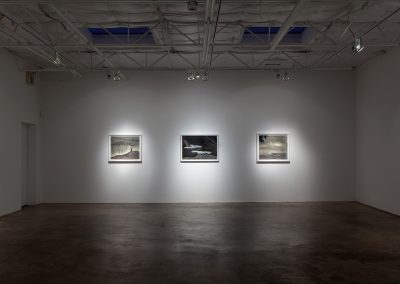 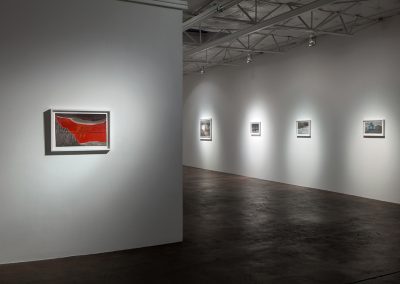 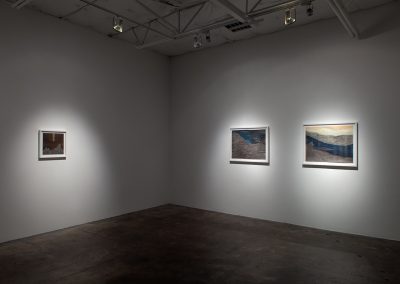 Having concluded her narrative of epic drawings about the coming of an apocalypse to a vulnerable world populated with little men in track suits, O’Neil now searches to create imagery less concerned with storytelling than with capturing a sense of mystery and confusion in response to the dramatic spaces of the natural world. Unlike the hopelessness and disharmony found in earlier drawings, works such as Red Sky, Heaven, and New Mexico reveal the artist’s fascination with our perception of landscape and its humbling ability to inspire both wonder and fear. As intimated in the title of the exhibition, O’Neil’s concept of mirage suggests a place that might exist either in the past or in the future, a parallel or possible world, rather than a fixed space with a defined story. Each of the works is charged with an intense energy and sense of possibility, as dramatic mountain ranges and thick, cloudy skies fill each composition.

Inspired in part by the artist’s relocation from Houston to southern California two years ago, drawings such as California and Palm Tree/Night Walk depict curious palms and redwoods looming large against wide expanses of flat skies. Yet, instead of adopting a purely romantic vision of nature, O’Neil subverts the picturesque in landscape. As she states, “I like to question it as much as I like to salute it.”