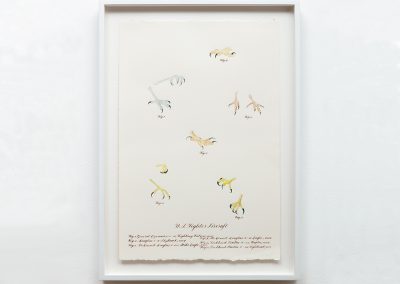 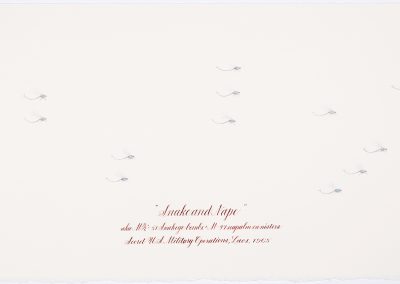 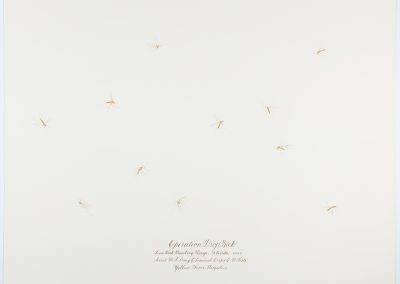 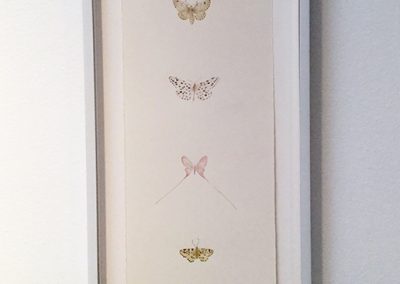 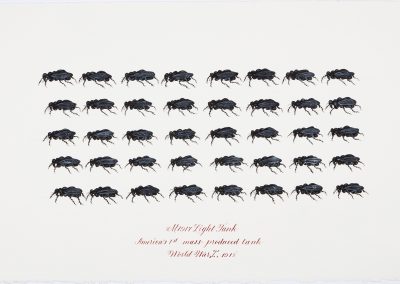 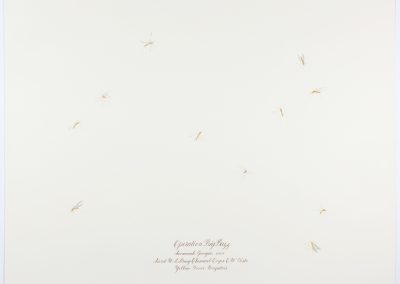 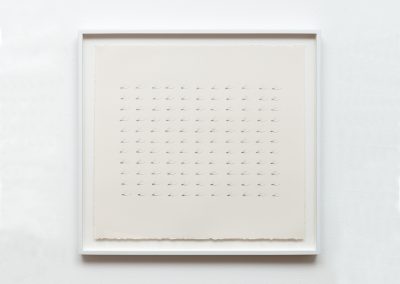 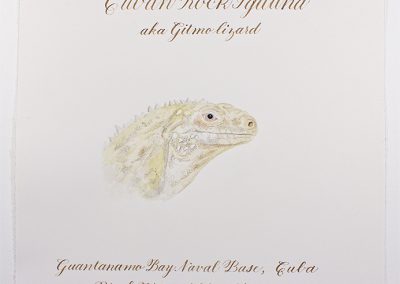 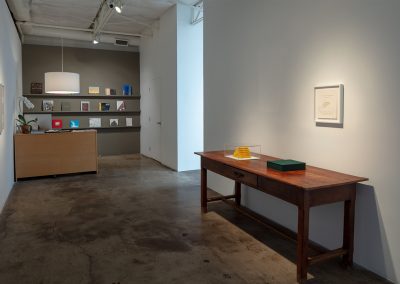 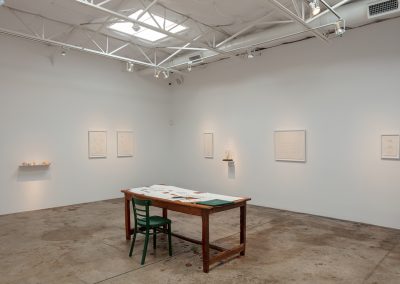 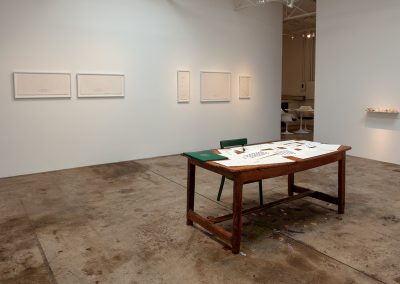 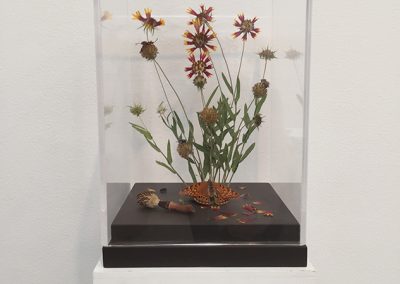 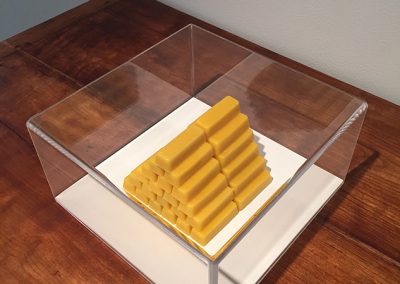 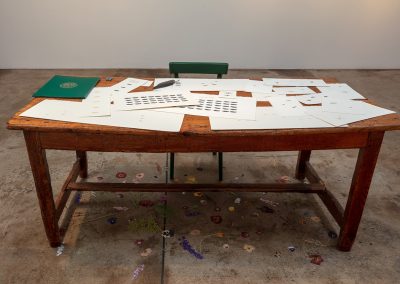 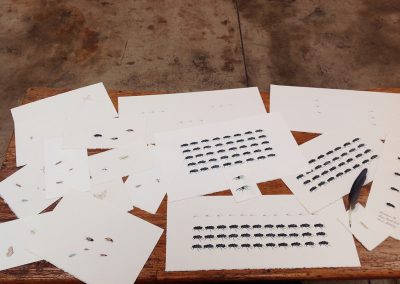 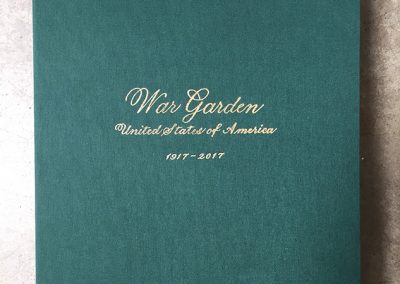 This exhibition features pieces from Mulcahy’s ongoing body of work: War Garden. Among the works in the exhibition, are 14 delicate watercolor paintings on paper. One such painting depicts a Cuban Rock Iguana, also known as the Gitmo lizard. The object is beautiful and seems, at least initially, innocuous. The image itself is unobtrusive. Through its delicate lines and soft color palette, it seems at risk of fading into the background — not unlike its historic referent. Mulcahy points out that, “The island’s native lizards enjoy federal protections — they cannot be harmed, killed or captured — afforded by the U.S. Endangered Species Act of 1973, protections not extended to the current human GTMO detainees.” This poignant observation exemplifies the strength of this body of work. Mulcahy highlights the quiet and unseen injustices in a way that parallels their obscurity in our collective consciousness. The inherent playfulness of this comparison can be, in turns, incisive, comical, and even horrifying.

With this work, Mulcahy investigates the last 100 years of American involvement in modern warfare beginning in 1917 with World War I and our first mass-produced tanks, planes, and bombs. The work addresses not only armed military conflicts between the U.S. and hundreds of nation states and other insurgent groups, but also military occupations, invasions, and interventions, as well as our weapons manufacturing industry from the U. S. military’s earliest experiments to the current DARPA-funded next generation weapons research.

In addition to the paintings, the exhibition includes works such as pressed flora, a small-scale beeswax sculpture, a clamshell box of archival materials related to the works in the exhibition, and a large installation of a military desk littered with battle studies. This installation continues the playful yet critical tone of the exhibition. It both grounds the exhibition with its considerable physical presence and functions individually as a work of art. Within the context of the exhibition, it casts the other objects as memorabilia that might exist in a war office. Paintings that refer to operations hang on the wall as surrogate awards or photographs. Standing in the gallery begins to feel voyeuristic, and invites viewers to consider the reality to which the artwork refers. As an individual work of art, the installation rewards sustained viewing with a number of thoughtful juxtapositions that address in broad terms the tradition of American militarism, including some that poke fun at domestic programs such as the “War on Drugs” and early civil disturbance operations plans and surveillance programs.

Cynthia Mulcahy is a Dallas-based conceptual artist and independent curator. Her intermedia works range from large-scale public interventions to small quiet gestures and often defy categorization. Be it a community square dance, farming as street theater, or an evening of musical performances to recognize a public city park’s forgotten history, her participatory public artworks place emphasis on the history of place and the activation of public space. Mulcahy’s work questions the divisions between various forms of art-related practice and promotes the concept and practice of art as activism. Her work is often collaborative – made with other arts professionals but also with the communities to which her projects pertain. Mulcahy does not shy away from the intimate or the ephemeral. Neither is she afraid to tackle difficult and dense subject matter such as American militarism and institutional racism. She accomplishes both through a careful and honest examination of aspects of history that have been forgotten or concealed. In this way, her practice is deeply tied to memory, while ultimately concerned with reinterpretation and reform.