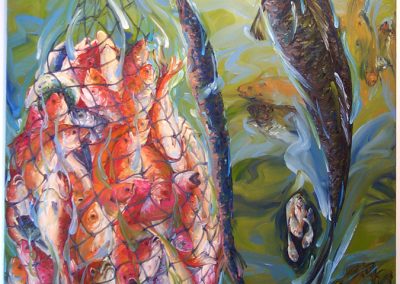 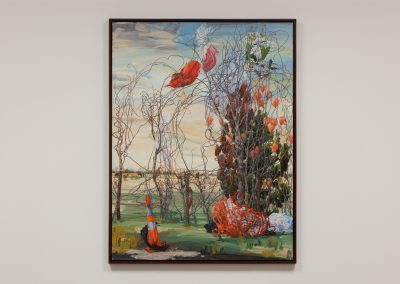 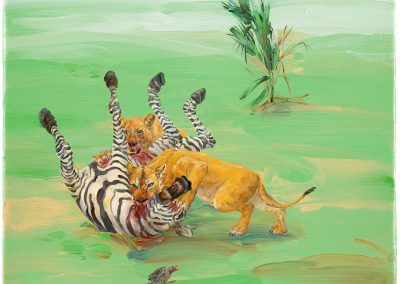 Texas artist Melissa Miller anchors the 2012/2013 Season with vivid, pastoral tableaus that are the result of more than two decades of reflection upon the symbiotic, often complex relationship between humans and animals. Seamless brushwork renders themes common to both man and beast such as power, instinct, coexistence, affection and survival.

Melissa was born in Houston, Texas. She received a bachelor of fine arts from the University of New Mexico, began a teaching career at Austin Museum of Art School that led to positions as a visiting lecturer and guest artist at over 40 universities, colleges and art institutes. She recently retired from her position as Associate Professor at the University of Texas, where she taught from 1998 to 2011.

She has exhibited work at many of the major museums in America. These include the Hirshhorn and Corcoran Museums in Washington, D.C., the Brooklyn Museum of Fine Arts, the New Orleans Museum, the San Francisco Museum, and the Fine Arts Museums in Houston, Dallas and Forth Worth. Her work has also been featured in the prestigious Whitney Biennial and the Venice Biennial.