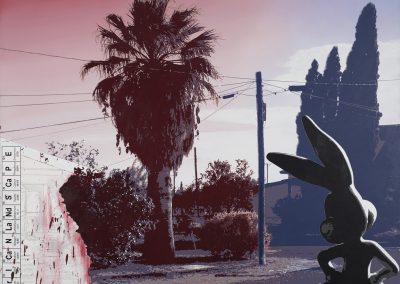 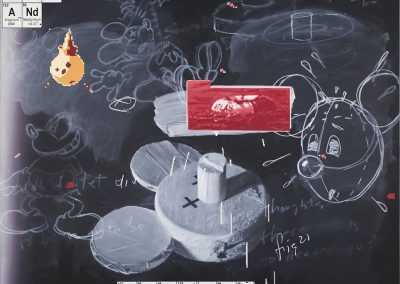 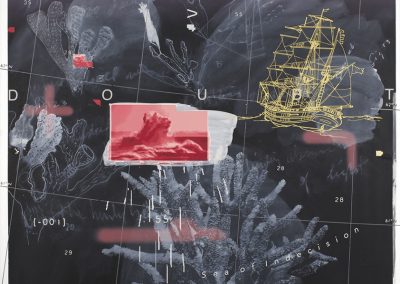 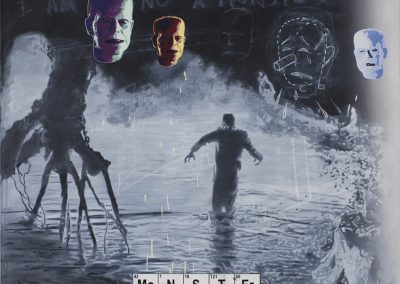 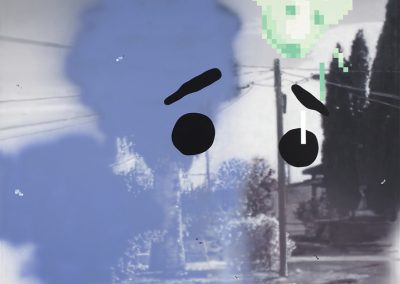 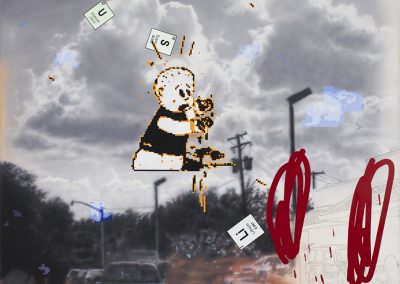 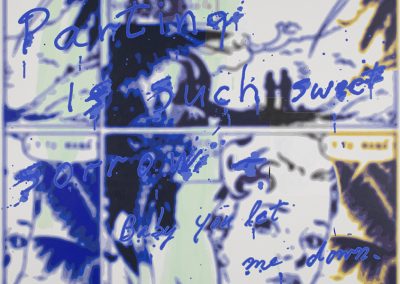 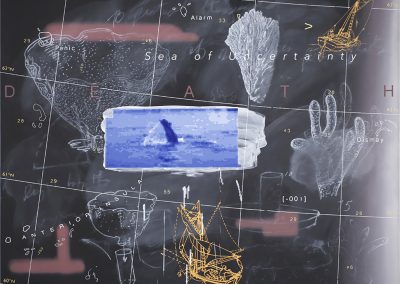 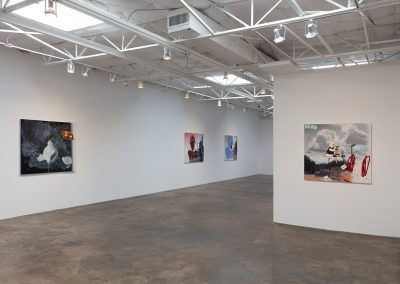 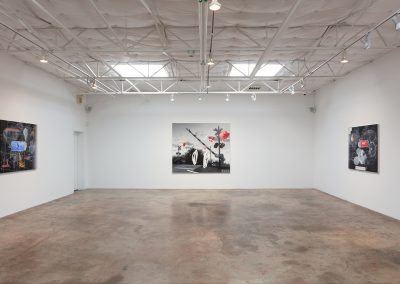 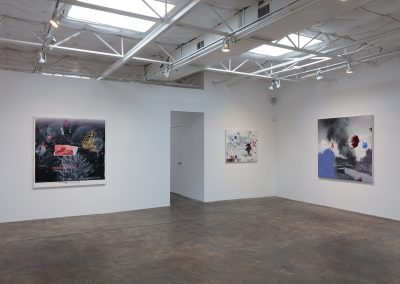 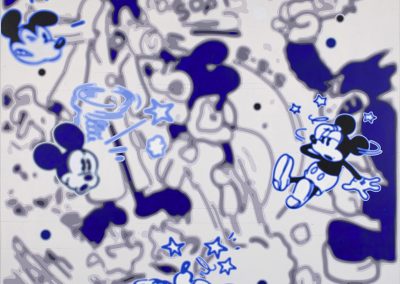 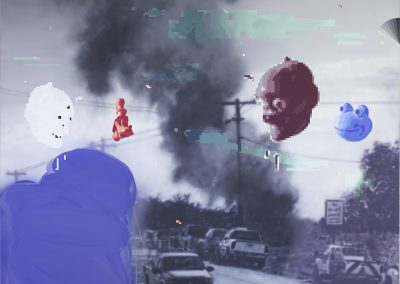 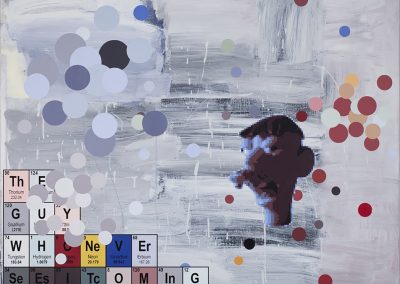 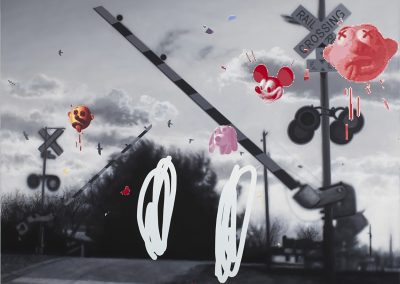 Fisher’s latest body of work presents a wide range of pop cultural, literary, and scientific references that highlight the artist’s play with imagery, association, and possible meaning. Resisting traditional interpretation, Fisher’s juxtaposition of disparate imagery explores the complexity of the ways by which we attempt to make sense of the world and our experience in it.

For this exhibition, Fisher continues to intrigue his audience through complex paintings of layered imagery that come together in twelve different works, creating a thought provoking psychological landscape.   Fisher’s interest lies in depicting a visual string of associations made by seemingly disparate images that often defy categorization, and these works raise questions for the viewer about meaning, resolution, and closure.  From his signature “blackboard” paintings (which are oil on canvas) to the more representational landscape paintings in this exhibition, Fisher constructs constellations of ideas, thoughts, and images much like the disjointed nature of the unconscious and that of memory.  Through these paintings, he opens the door the potential for a narrative; however, none is given.  As Fisher says about this most recent work, “I want it to be easy to enter the painting and difficult to exit.”

In the title work, American Landscape, the artist presents a tree-lined street of everyday suburbia in a raking light suggestive of the day’s end.  With his back to us, Bugs Bunny stands in that same strong afternoon light with his hands on his hips.  Fisher spells out the title of the painting along its lower edge in chemical elements from the periodic table.  The seemingly straightforward elements play off the disjointed images of the landscape and the comic figure, defying any attempt at easy, one-dimensional readings

Fisher’s artwork has been featured in numerous museum exhibitions, including the Museum of Modern Art, New York; the Hirshhorn Museum and Sculpture Garden, Washington, D.C.; the Museum of Contemporary Art, Chicago; and two biennials at the Whitney Museum of American Art, New York (most recently in 2000). In addition, the artist has received multiple fellowships from the National Endowment of the Arts, a Louis Comfort Tiffany Foundation grant, and a John Simon Guggenheim Fellowship.  Fisher’s paintings and installations were featured in a major retrospective entitled K-Mart Conceptualism at the Modern Art Museum of Fort Worth in 2010.