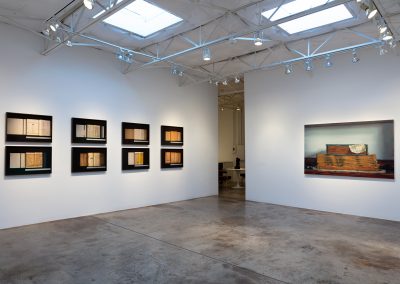 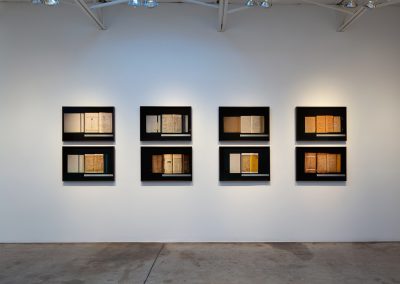 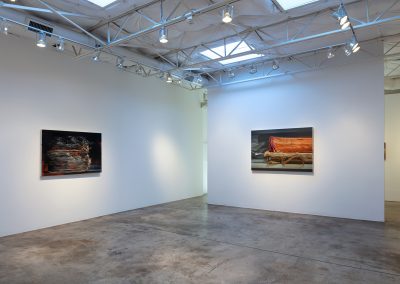 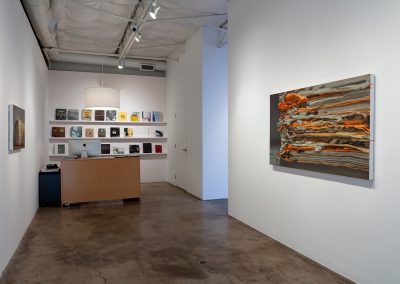 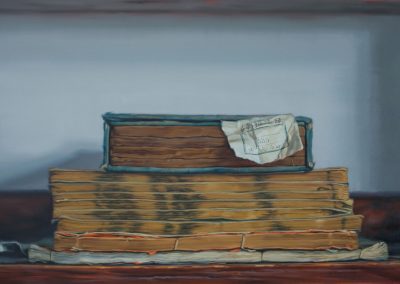 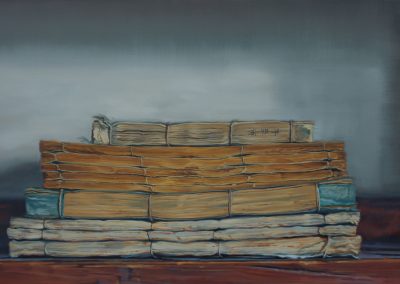 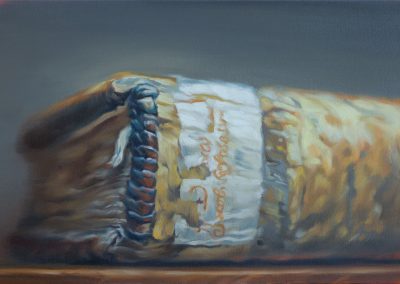 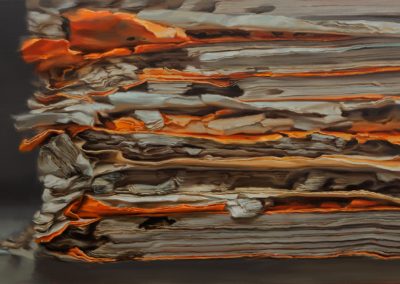 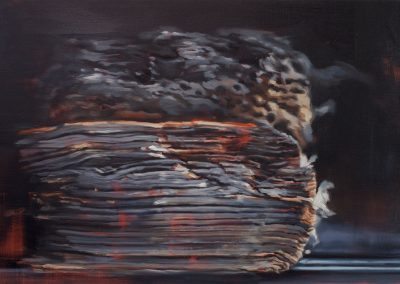 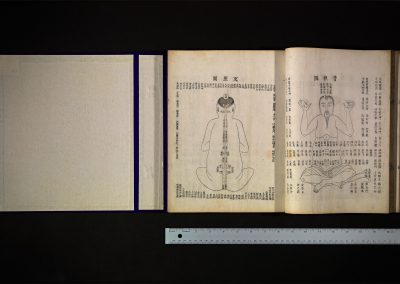 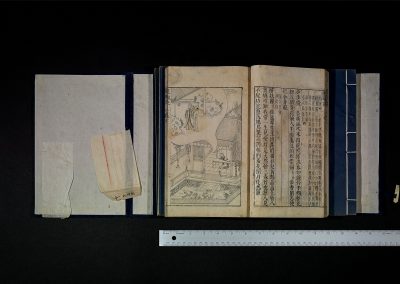 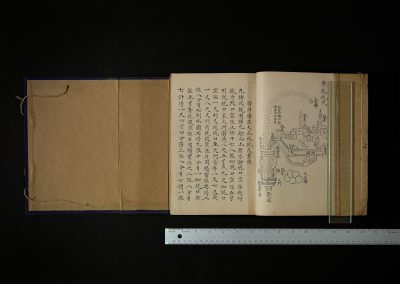 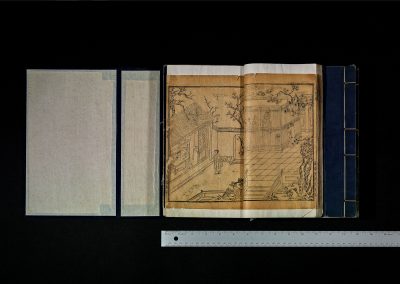 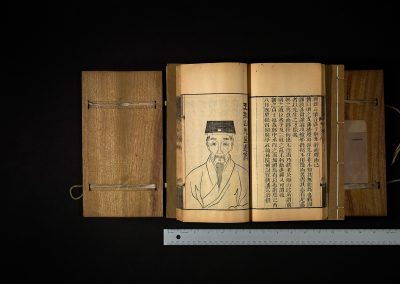 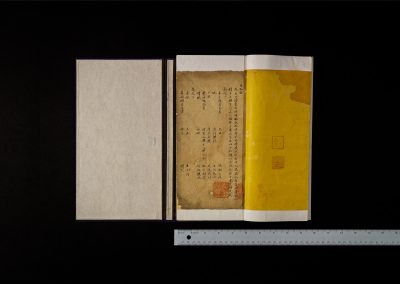 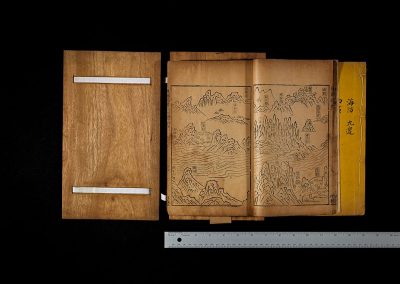 Xiaoze Xie: New Paintings and Photographs consists of seven paintings and eight photographs that continue the artist’s formal investigation of historic books, a prominent interest in Xie’s work that has persisted over twenty years. Xie’s artworks preserve material remnants of our histories, reminding us of what has transgressed and immortalizing manuscripts and their contents to stress their continued relevance. Amidst our heated political climate and the near-relentless stream of information we receive through screens, Xie’s captivating paintings and photographs give us pause to stand still and reflect.

Two different iterations of Xie’s interest in texts of bygone times are represented in this exhibition. The paintings in the exhibition are a continuation of Xie’s Library Series (1993-ongoing) and Chinese Library Series (1995-ongoing) through which the artist first explored his interest in texts of the past as material embodiments of abstract concepts such as memory and time. Xie paints from photographs he takes of rare books and manuscripts found in libraries and archives from around the world. Greatly magnifying the scale of his source images in oil on canvas, Xie meticulously depicts the fraying edges and worn sheets of paper of these safely kept texts with so much richness that they appear just within reach. However, the luminous books ultimately remain closed shut with only their spines and sides visible, precluding further inspection. In this way, the artist’s paintings emphasize both exteriority and interiority—unearthing the delicate details of an ancient book’s spine as well as its imagined contents. Xie’s paintings continually test the relationships between material, metaphor, and representation.

Born out of his exploration of rare books, Xie has more recently begun to conduct extensive research on censorship in China. The eight photographs in the exhibition are a part of the series Forbidden Memories: Tracing Banned Books in China (2012 – ongoing). In this series, the artist photographs historic manuscripts once banned in the Ming and Qing dynasties for political, religious, and moral reasons. While the paintings in Xie’s Library Series and Chinese Library Series all feature aged books that are closed, shelved, and stacked on top of each other, Forbidden Memories opens up individual texts to reveal the contents of their illustrious pages.

In these works, Xie selects specific images and passages from classic works of literature or manuscripts on topics such as politics and philosophy to display. He photographs the opened yellowed texts individually against a black background, placing the same silver ruler underneath each one to measure its contents. Xie speaks of this intervention as a form of passing judgment just as state officials once did when they deemed documents harmful or disruptive. Furthermore, in stripping the volumes down and exposing them to an even and standardized light, Xie uniformly chronicles them like a government recording the visages of its criminals. In doing this, Xie gestures towards the subversive potential of the written word and illustrates changes in historical patterns of control and tolerance. For instance, one title represented in the exhibition, The Peony Pavilion, was repeatedly banned for challenging ethical code under feudal rule but is now considered one of China’s greatest literary classics. Xie’s works in both photography and painting intimately recognize books as powerful objects to reflect on concerns of knowledge, the notion of the archive, and political authority across time and space.