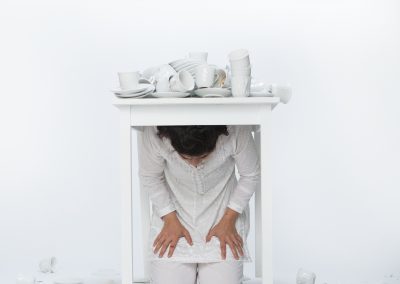 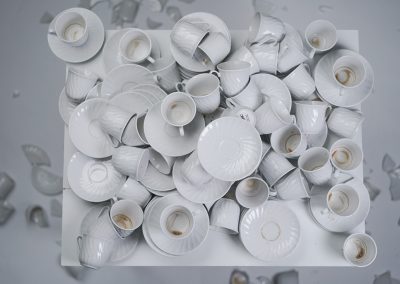 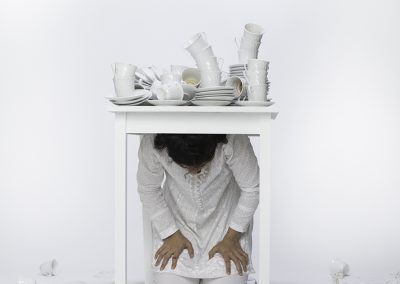 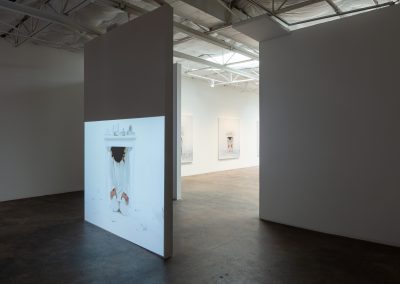 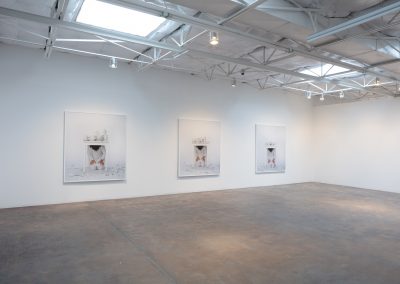 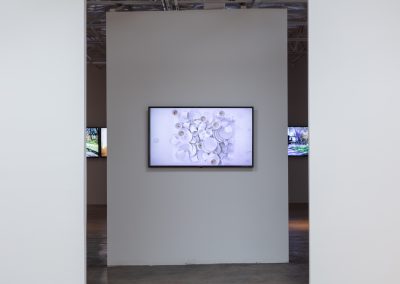 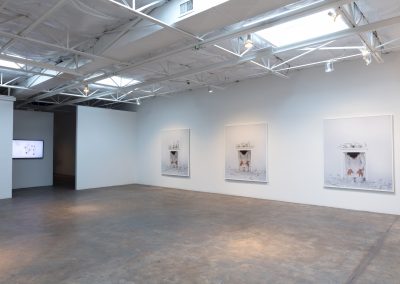 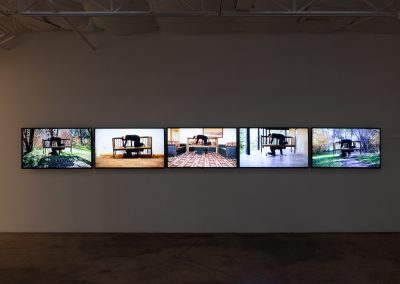 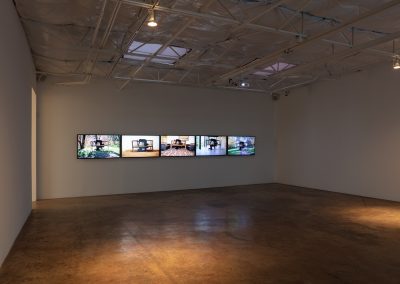 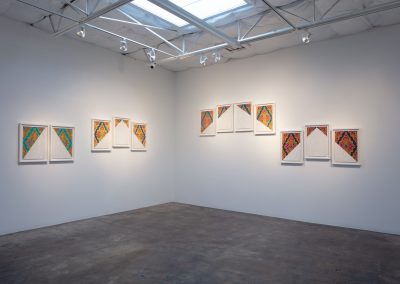 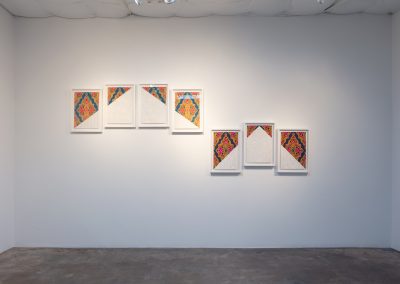 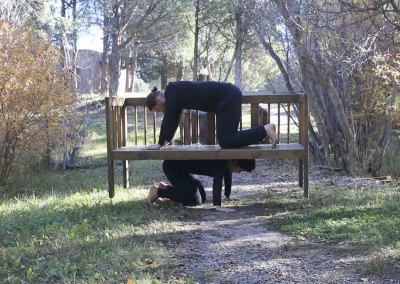 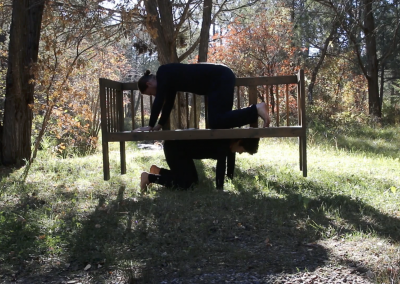 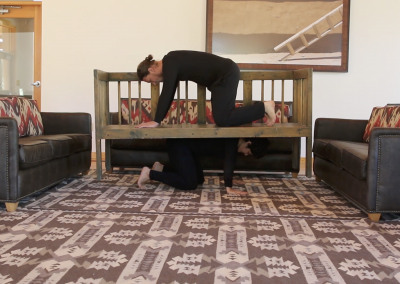 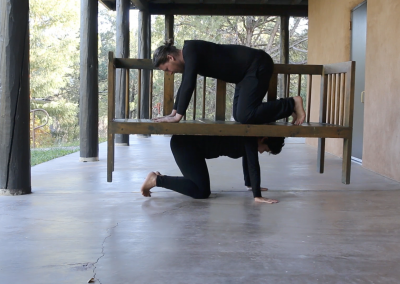 The History House is an exhibition of video installations, photographs, and paintings that explore contemporary legacies of colonialism. Bangash’s highly conceptual works reveal the charged social and political undercurrents of the seemingly benign domestic sphere. The exhibition is titled after a symbol representing India’s history in Arundhati Roy’s novel The God of Small Things and considers Indo-Persian history’s continued relevance to the present. Trained in the traditions of miniature painting and carpet weaving, Bangash utilizes both formalism and conceptualism in her intricate and rigorously thought-provoking works, urging viewers to interrogate ideas of culture, location, and subjectivity.

Three of the artist’s series that operate around distinct domestic objects—the roof, the bed, and the table—are staged in the exhibition. Roof |  چ ھت is a series of multipaneled paintings, each adorned with the tessellating Iranian pattern Toranj commonly used to embellish books and rugs. Delineated along a sharp angle, the base of each page is painted over with white pigments made of titanium and lead and drawn on with copper and silver, which will slowly tarnish the works. The paintings are arranged alongside one another so that the white bases combine into the shape of isosceles triangles. As the title suggests, the triangle evokes the form of a roof. Reflecting on her childhood drawings of houses, Bangash considers how the European cartoon archetype of a house with a rectangle body, a door, triangular roof, and chimney has become the universal symbol of “home.” However, most houses in the world, including the ones Bangash grew up in, do not resemble this form. Thus, the white roof raises questions about how knowledge is generated across global hierarchies of culture.

Also included in the exhibition is a five-channel video installation This Bridge Called my Back in which the artist balances both a daybed frame and a man on her back in five different locations. Bangash comments on the dialectical relationship between the colonizer and the colonized. The colonizer cannot exist without someone to colonize. Likewise, the colonized cannot exist without someone who colonizes. While the man does not share the weight of the bed frame or of Bangash’s body, he must work to equally distribute his weight on top of the artist just as the artist works to balance the man. Bangash’s work illustrates the colonial system, which cannot hold itself together without both parties working to sustain it.

Sight_Plan is a two-channel video installation that questions the history of empire through everyday forms of a table and porcelain teacups and saucers. Featured on a monitor is a bird’s-eye view of anonymous white-clad figures stacking tea-stained white china on top of a table. As the cups and saucers pile up, the porcelain continuously falls and shatters. Projected on the opposite side of the wall, the second video reveals the artist knelt down on the floor, supporting the table upon which the china is stacked with her shoulders and head. She exerts herself, her breathing becoming increasingly labored, to the point of exhaustion. Bangash literally unsettles Western domesticity’s appropriation of tea and china. Her body reminds viewers of the bodies which made colonial tastes for fine ceramics and beverages possible.