Talley Dunn Gallery is immensely honored to announce a solo exhibition of renowned and distinctly revered North Texas artist Sedrick Huckaby. The artist’s inaugural exhibition at the gallery, Goin’ Up Yonder, will be on view March 5 – April 23, 2022, with an open house and artist reception March 12. 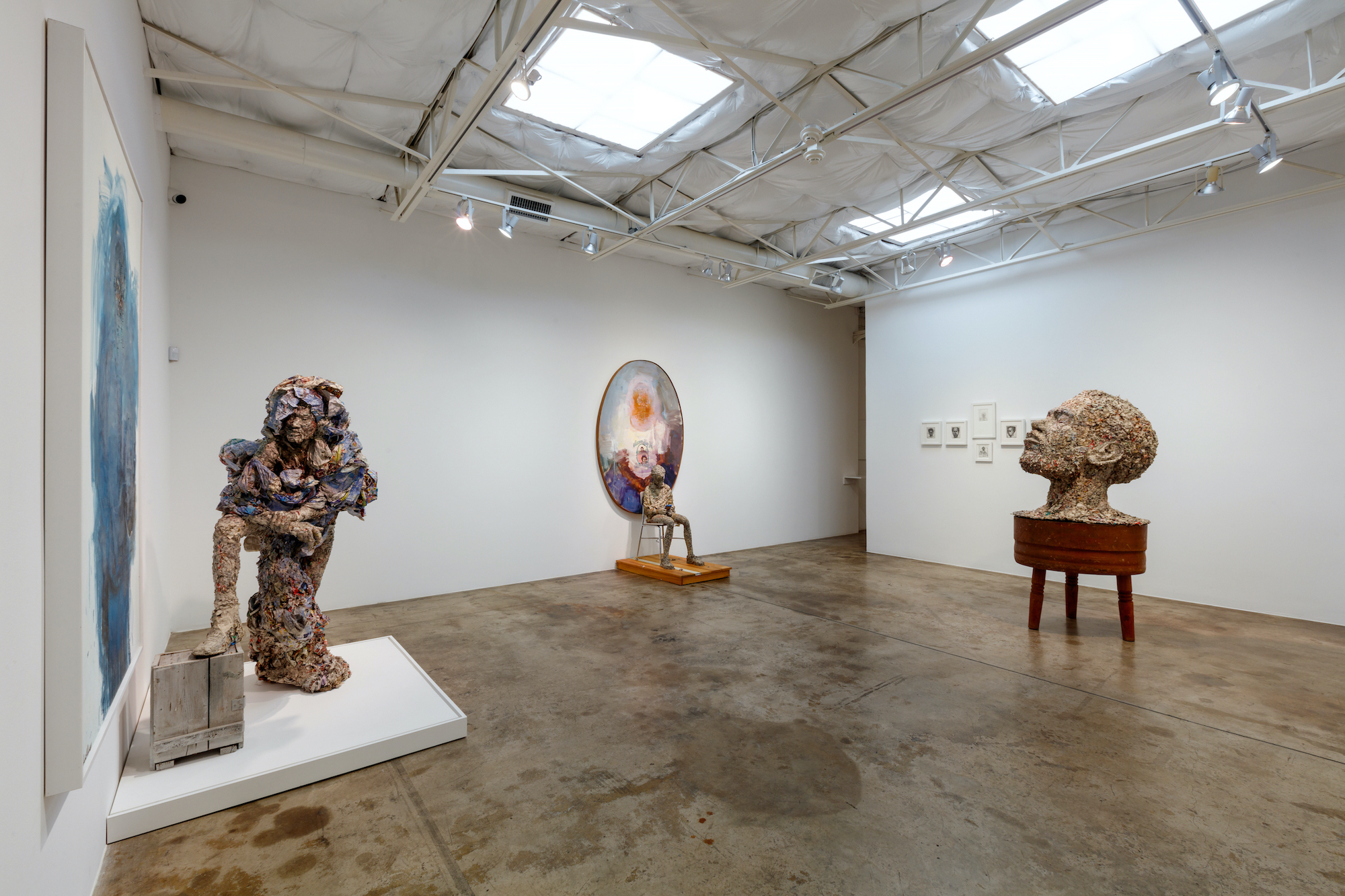 Sedrick Huckaby’s paintings, drawings, and sculpture metaphorically express universal themes of faith, family, community, and heritage. Huckaby focuses on the subjects of quilts and portraits in his quest to glorify everyday people. Huckaby states, “I believe my paintings are done in a language more closely in tune with my soul thank language of my tongue.” Goin’ Up Yonder is an intimate look at Sedrick Huckaby’s recent tour-de-force mixed media installations that combine painting with sculpture. A renowned painter, Huckaby’s signature use of attentive and exuberant strokes of impasto is carried into his treatment of the pages of newspapers he forms into evocatively emotive figures through paper mache. Sensitively positioned in dialogue with these sculptures are paintings of solitary men and women that are imbued with a palpable vivacity in the artist’s animated and impressionistic handling of paint. The painted figures, often partly obscured in loose, expressive brushwork untethered to representation, float above the sculptures—evoking the spirit of guardian angels. In these works that belong to the artist’s series Our Lamentations, Huckaby has created new visual vocabularies that hold space for the experiences of grief unique to Black communities disproportionately impacted by generations of social injustice. In Huckaby’s sustained close attention to the lives and stories of his family, friends, and neighbors, the artist’s work asks viewers to contend with loss, life, and their complex coexistence. 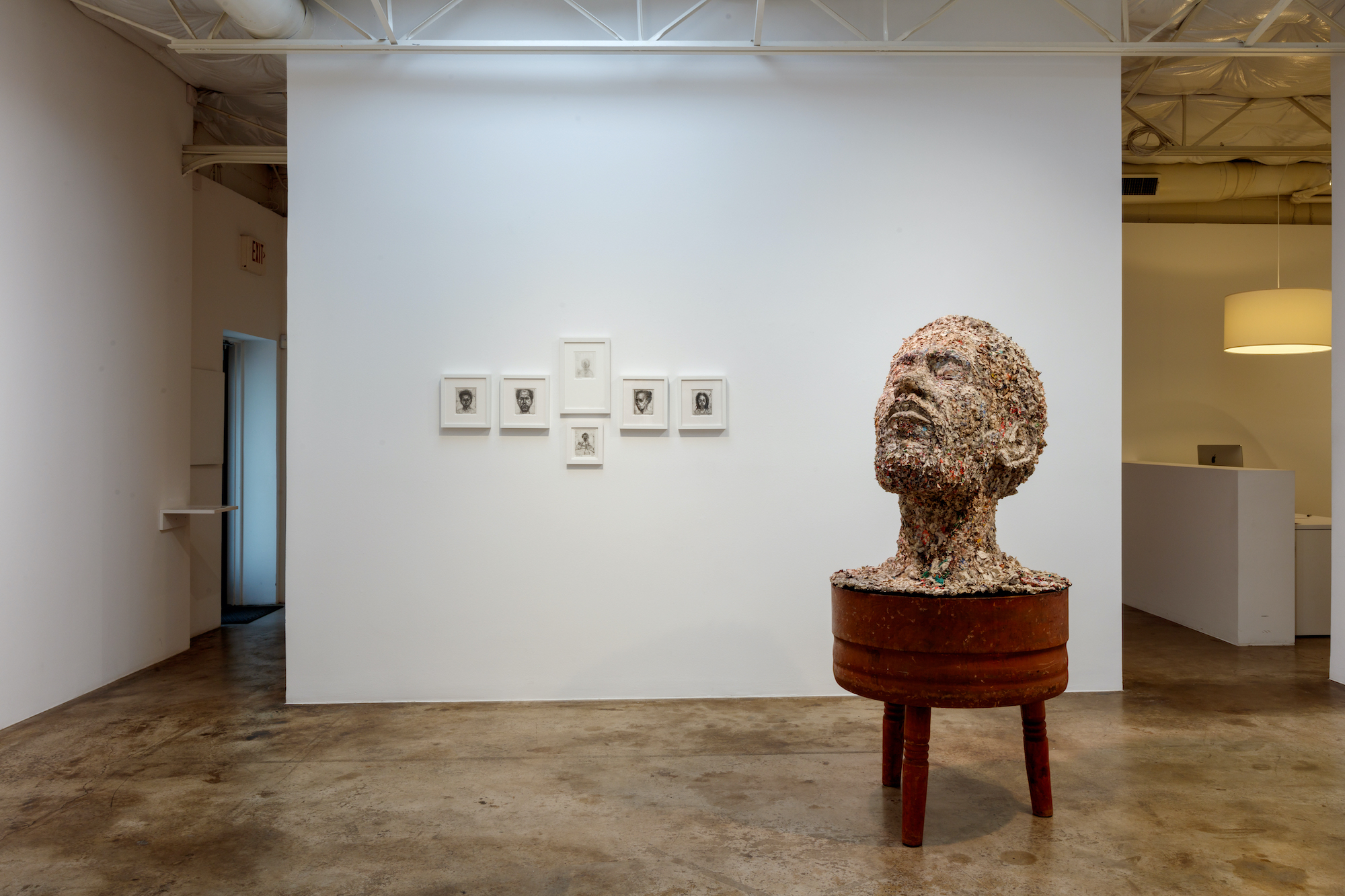 In Still Standing and Connection, the t-shirts of the figures contain the phrases “Loving Memory” and “Forever In My Heart,” conjuring powerful narratives of grief and remembrance. The paintings memorialize the Black and Latinx practice of wearing funerary t-shirts in memory of those who have passed. In this way, Huckaby’s paintings contain portraits within portraits and movingly find precedence in the common use of portraiture as a shared means of healing for these marginalized communities. Investing in the full richness and complexity of the specific experiences of his community members, Huckaby powerfully rejects mainstream representations and coverage of Black deaths that fail to account for the specificity of individuals and their embodied experiences. Taking newspaper, which so often impersonally reports instances of police brutality and other racialized violence, Huckaby breathes life into the material—no longer dispassionate under the guise of journalistic “objectivity.” The newspaper pulp becomes personified with the feeling of a child with a braid whose gaze meets the viewer’s, an adult who rests their body weight on one knee, and a teenager seated in a classroom chair who’s absorbed in their phone. These figures exist in the viewer’s space and carry deeply personal lived experiences with them. 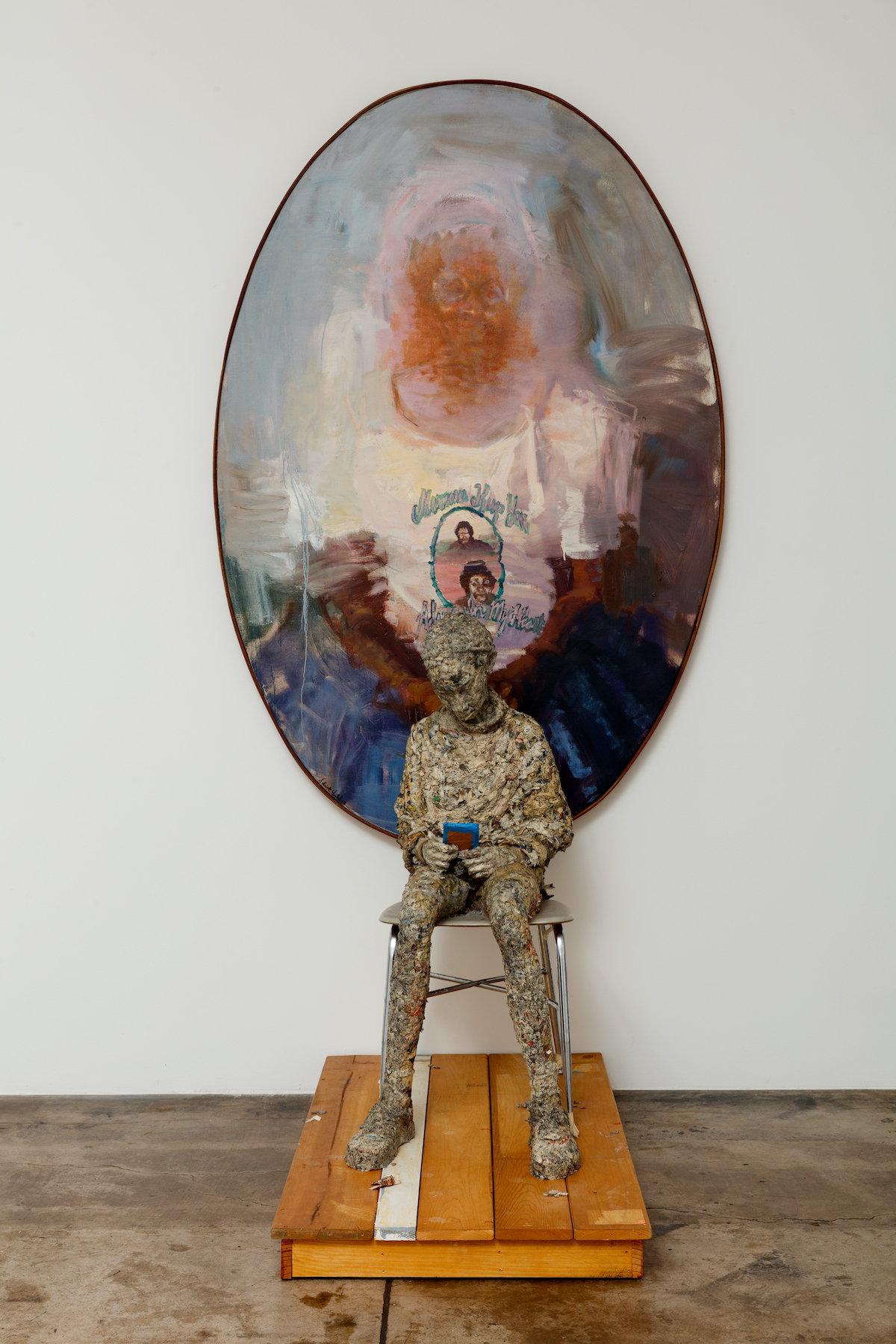 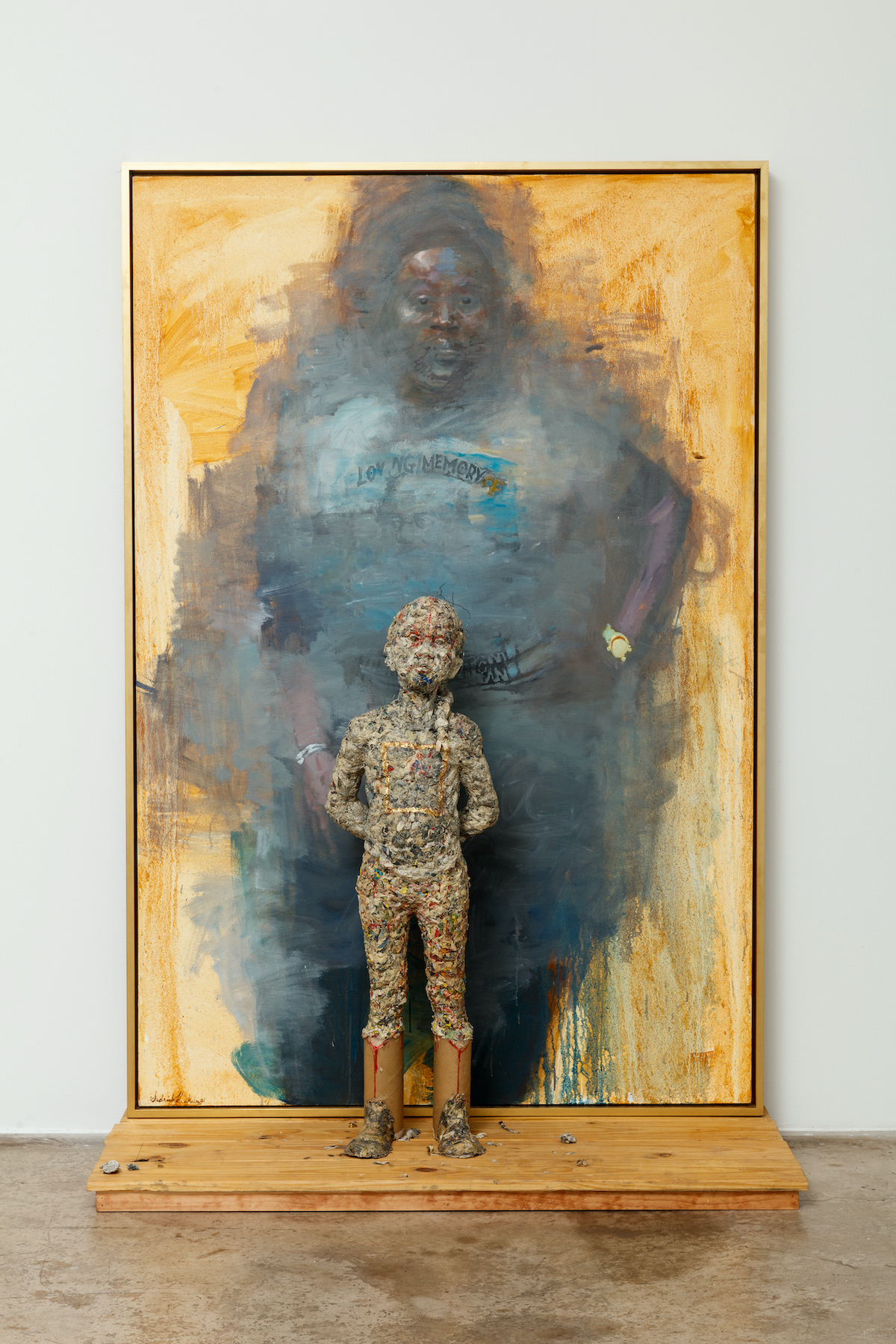 Huckaby’s work not only imbues his subjects with the care and attention they are so often denied, but the work also strives for the celebration of love, life, and legacies of shared cultural practices. Consummately, Huckaby manages to both successfully mount and move beyond a critique of mainstream societal prejudices. Huckaby’s art is a manifestation of the radical fullness of contemporary Black subjecthood in its care, resilience, and artfulness against all odds. 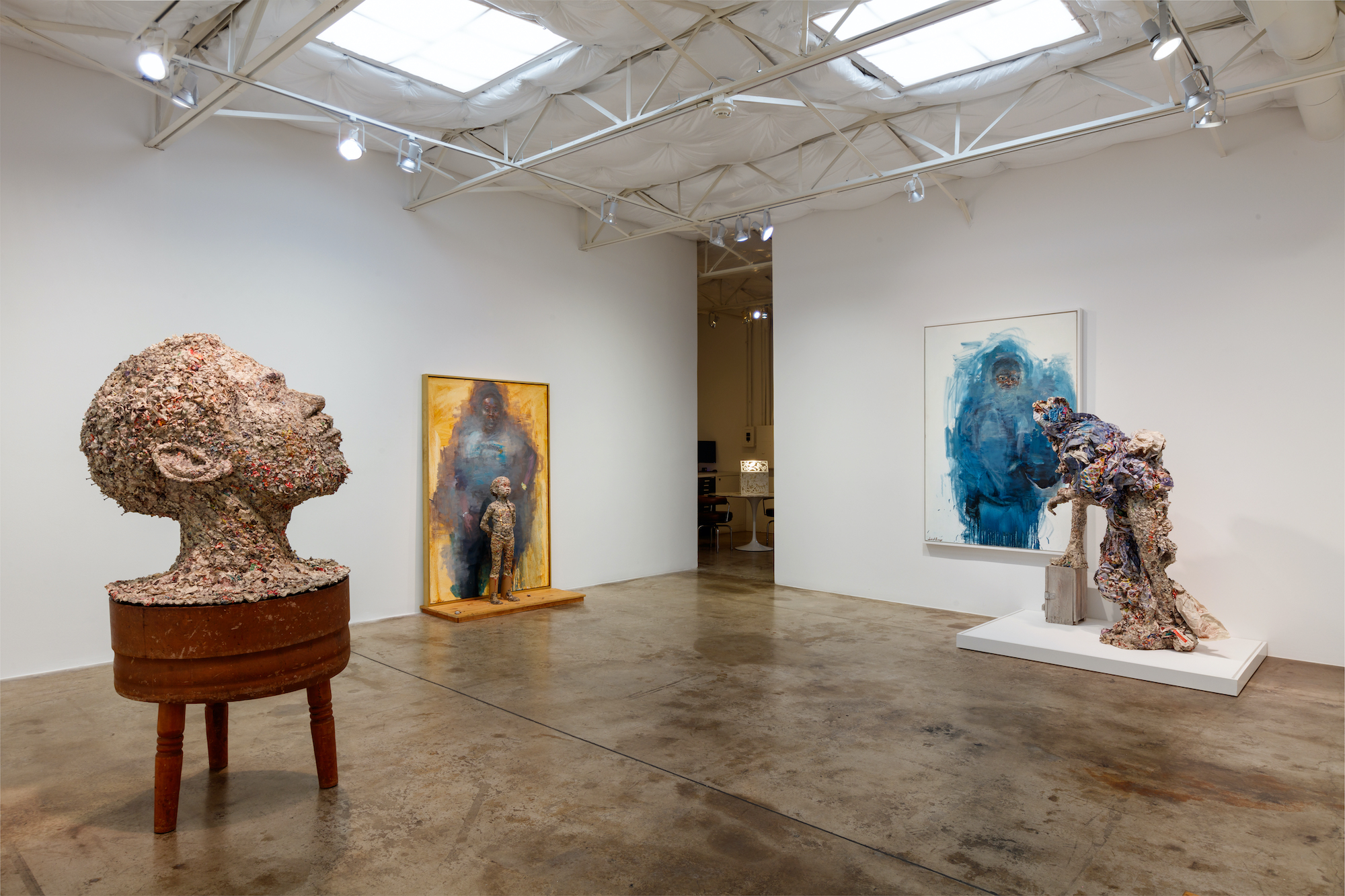 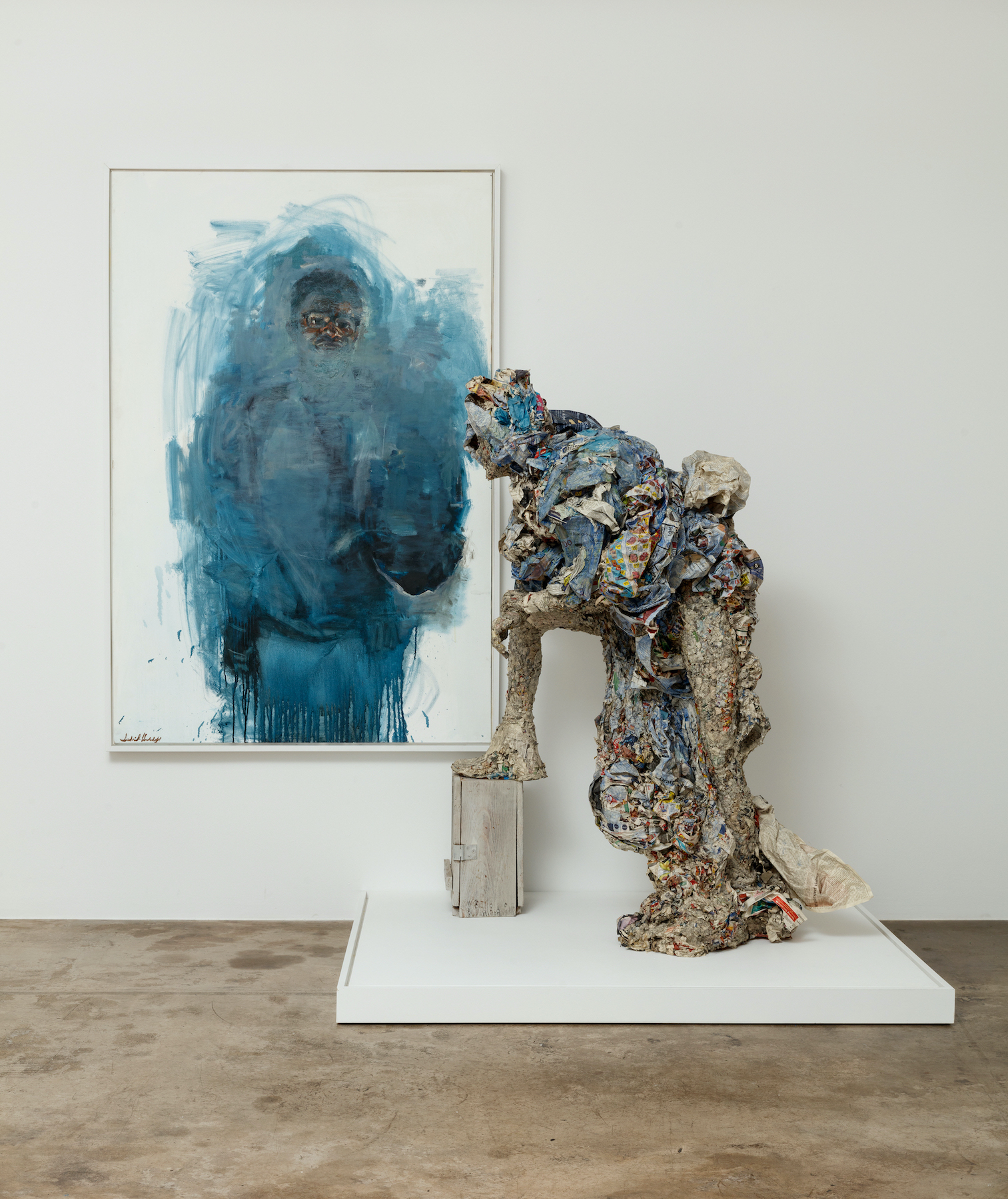 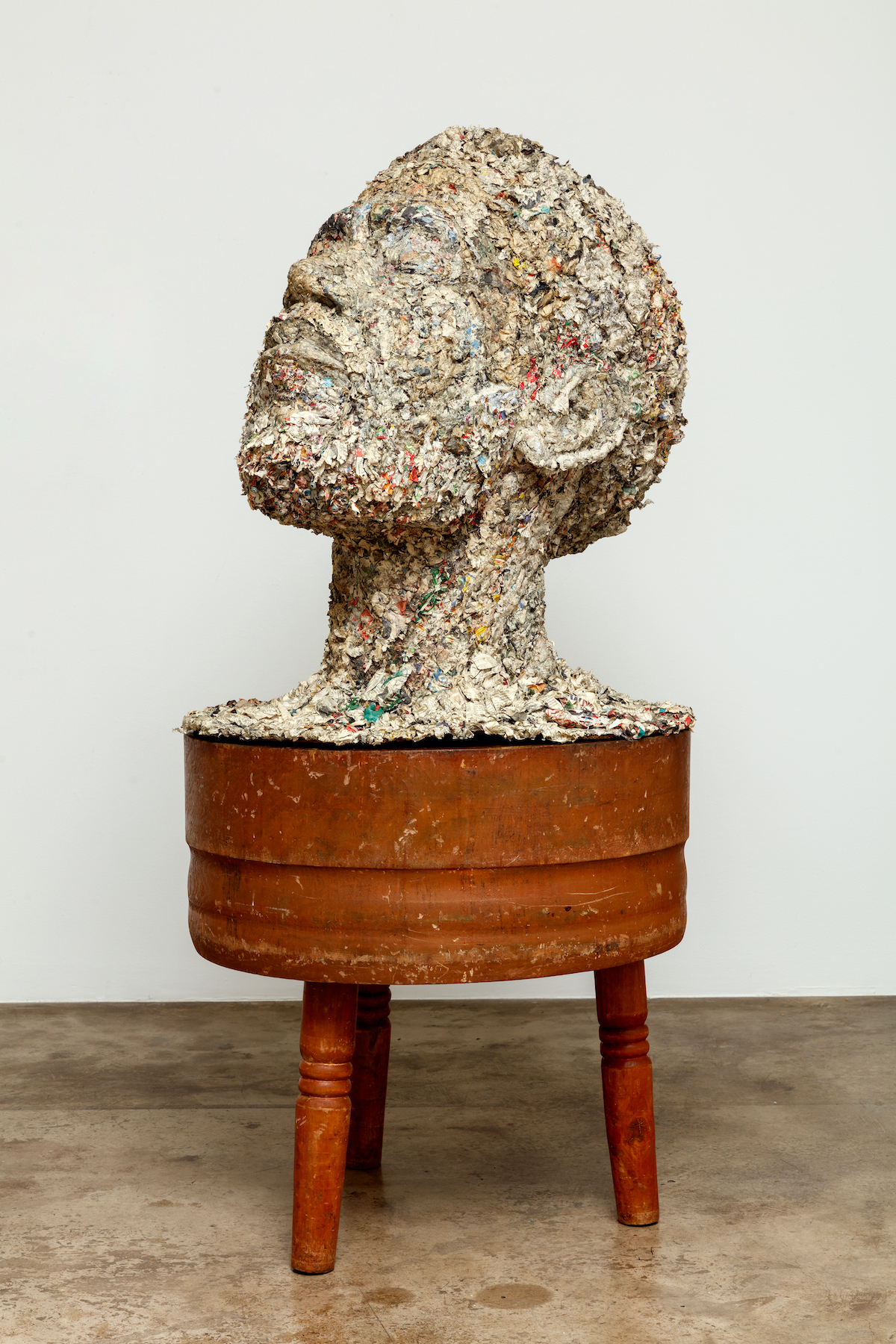 Sedrick Huckaby was born in 1975 in Fort Worth, Texas. His formal arts training began at Texas Wesleyan University in Fort Worth, where he studied with Ron Tomlinson and Jack Barnett. He completed his BFA at Boston University in 1997. He received his MFA at Yale University in 1999. Upon graduating, Huckaby used a traveling grant he received from Yale to explore France, Italy, and Spain for two years to study the “old masters.” After his European residency, Huckaby settled back in his hometown of Fort Worth, Texas, where he continues to live and work. Huckaby has been the recipient of numerous prestigious awards including a Guggenheim award, Joan Mitchell Foundation Grant, American Academy of Arts and Letters Award, and a Lewis Comfort Tiffany Award. Most recently, he was named the Texas State Artist for 2018, and was a finalist in the 2019 Outwin Boochever Competition Exhibition administered by the Smithsonian National Portrait Gallery. 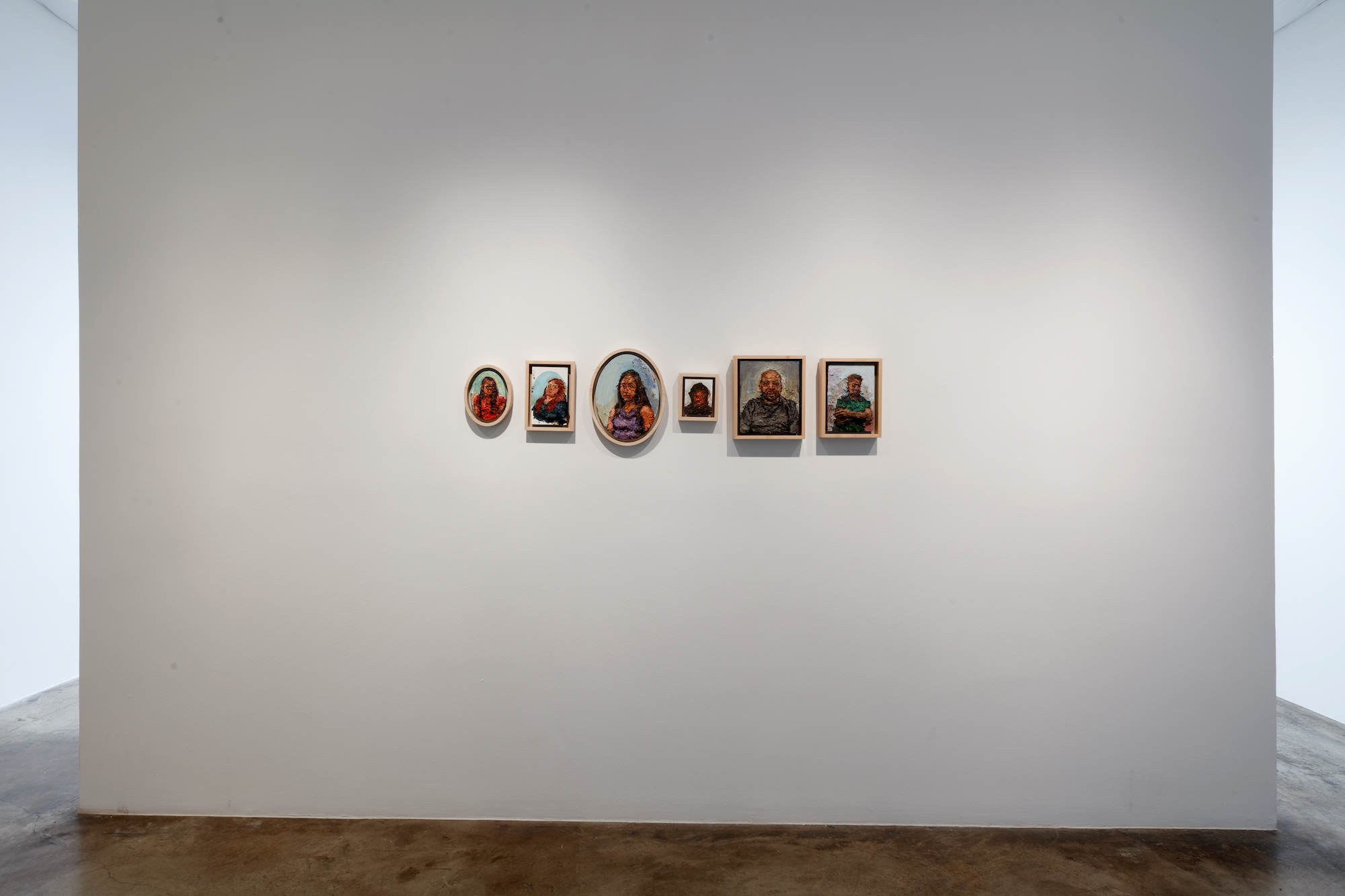