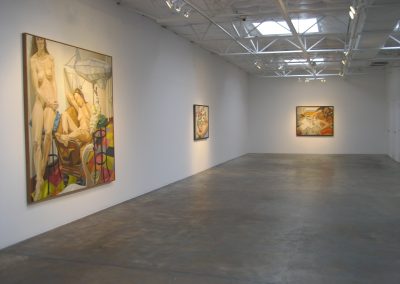 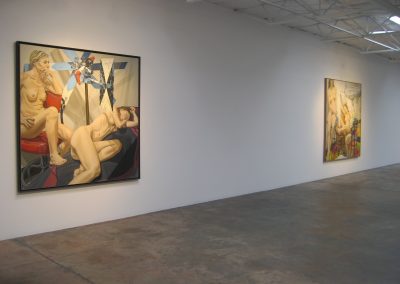 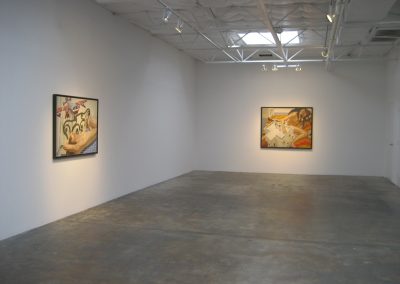 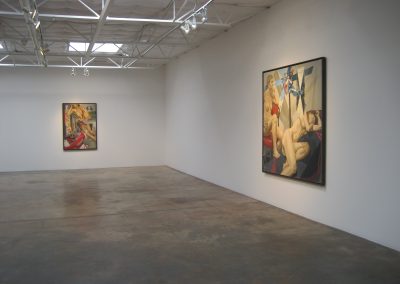 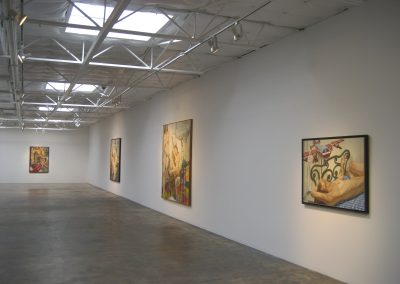 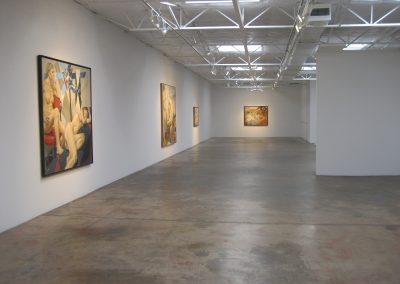 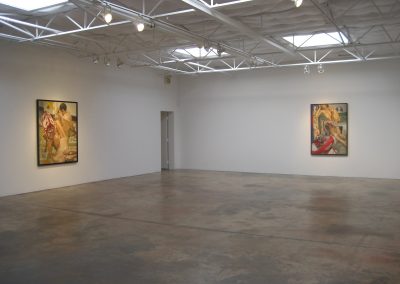 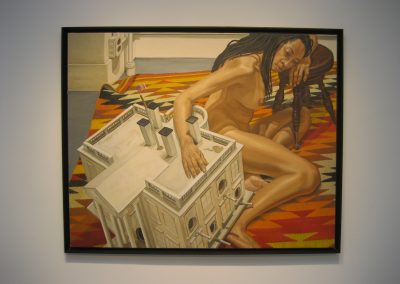 Revered as a skilled painter of nudes since the early 1960s, Philip Pearlstein reclaimed the figure with his own personal style inspired by a realistic approach to his subject matter – quite different from the prevailing abstract expressionism of the time.  Unlike the nudes of the Renaissance and later centuries, Pearlstein’s subjects present straightforward, unidealized nudes without reference to mythology or allegory.  The artist’s nudes are painted directly from the live model and feature with astonishing detail the patterned rugs and shiny surfaces of the objects that he poses with his subjects to form angular, moving compositions.

Pearlstein poses the human body to create an interesting range of compositions, as though body were not merely flesh, but basic form to be studied and recorded.  In Model with Chrome Chair and Dotted Rug, the artist arranges the model relaxed back into a metal chair draped with a native American blanket, its patterned folds spilling over and onto the floor.  The decorative pattern of the rug reflects into the chrome surface of the chair, bending the likeness and repeating its dots around the form of the model’s body.

Unlike many of the compositions found in his earlier works, Pearlstein’s recent paintings feature the human form with little or no cropping of the models’ feet or heads, allowing the viewer to glimpse them in a quiet repose or dreamy state.  Model with Dreadlocks and Whitehouse Birdhouse from 2000, presents the model relaxing her head and supporting hand upon a nearby stool as her right arm drapes over a meticulously rendered, small White House.