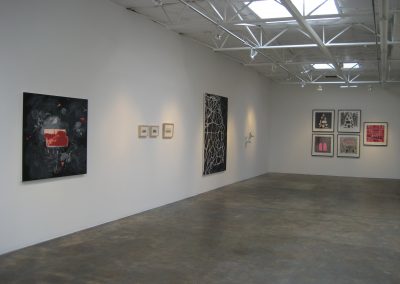 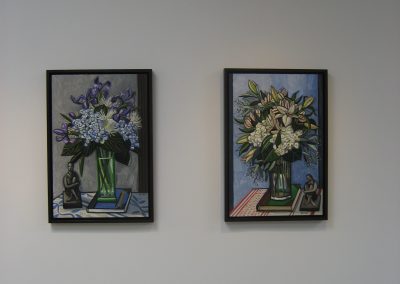 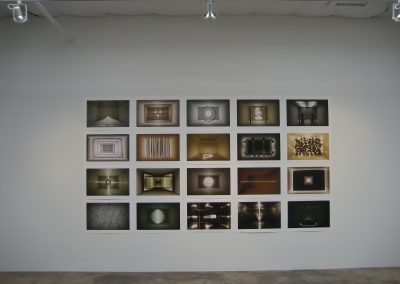 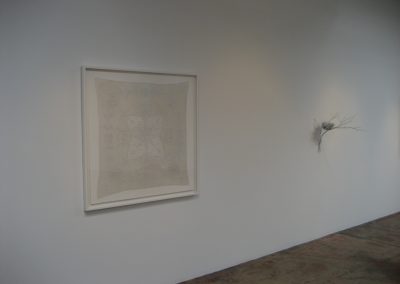 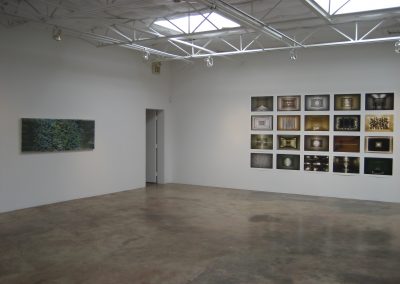 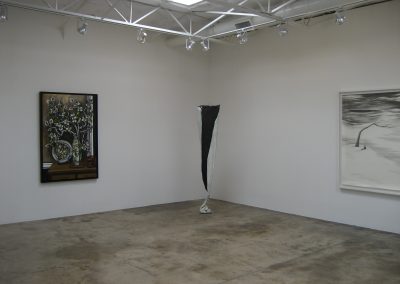 Dallas, September 5, 2011 – Talley Dunn Gallery is pleased to present New Variations, a group exhibition featuring artwork by the twenty-two artists represented by the gallery. The show will be on view September 10 through October 22 and will open with an evening reception for the artists on Saturday, September 10th from 6:00 to 8:00 p.m.

Displayed in both the Main and Project Galleries, New Variations will feature art in various media, including paintings, drawings, sculpture, photographs, and installation-based work. Ranging in scale from the intimate to the monumental, the exhibition will highlight new and recent work by all of the gallery’s artists.

Nic Nicosia’s installation of twenty digital prints comprise I See Light, a visual experiment that documents the play of light on objects displayed within small, constructed sets throughout a calendar year. Each image records the changing quality and color of light as seen through these small rooms, at times with the illumination enhanced by phosphorescent paint and fluorescent lighting. The installation will mark the first time that the series will be exhibited in Dallas in its originally intended scale.

Also included in the exhibition will be a newly completed bronze sculpture by Linda Ridgway entitled somewhere in the twirled branches, and he is singing. Inspired by a poem from Mary Oliver’s Book of Time, the sculpture presents a fragile bird’s nest carefully perched atop a tree branch. Unlike Ridgway’s other bronze forms, somewhere in the twirled branches highlights the artist’s experimentation with surface color, as she uses an austere white pigment mixed with the bronze’s patina.

Sam Reveles’ newly completed, two-part painting, Dun Briste presents a pairing of horizontally oriented canvases with a lively encounter of the artist’s recognized gestural abstractions playing off and against one another. Floating above a grey field of underpainting, Reveles’ brushwork reveals his love of densely layered color and unbridled, sometimes meditative lines. Having recently returned from his artist’s residency in Ireland, Reveles has incorporated touches of the country’s cooler palette into his work.

Utilizing a process of photocopy transfers onto paper, Denton-based artist Annette Lawrence gives a glimpse into her recent series of imagery that incorporates strips of paper more than 250 yards in overall length. Her paper reels document a thirty-year cycle of dates from the artist’s life and are presented in different forms. In Paper Reel and Melbourne Studio, the tightly wound paper suggest architectonic forms, as a golden hue of light warms them and creates quiet shapes of solemnity. In contrast, the jumbled, frenetic structures in Luminous Paper Spheres exude a barely contained energy.

Ted Kincaid, the latest addition to the gallery’s roster, also offers a collection of new work for his Open Sea series. While these photographs appear at first to present historic shots of ships at sea glimpsed through a misty fog, all of the images have been created digitally by the artist through a careful piecing together and blending of photos from various sources, including his own shots of waves taken during a summer trip to the east coast. After a painstaking integration of the various images to create a consistent, credible composition, Kincaid instills his work with an atmospheric, painterly quality that recalls late 19th and early 20thcentury photography and its romantic appreciation for the sublime beauty of the natural world.