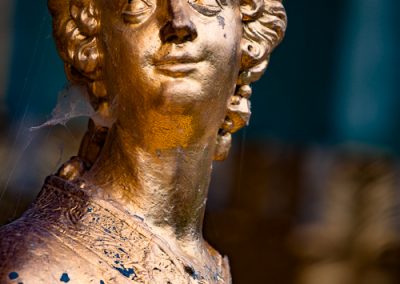 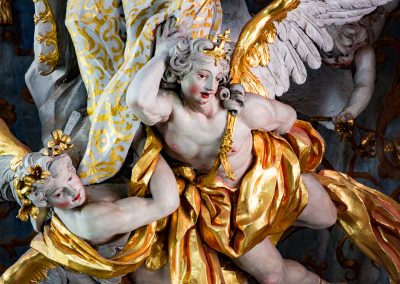 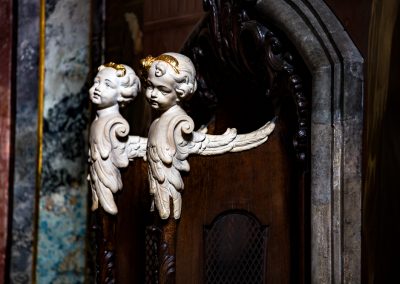 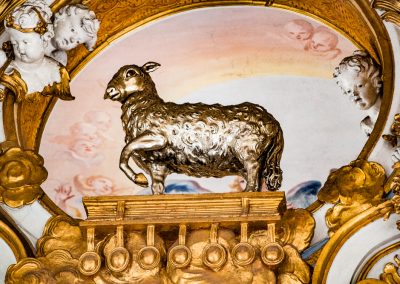 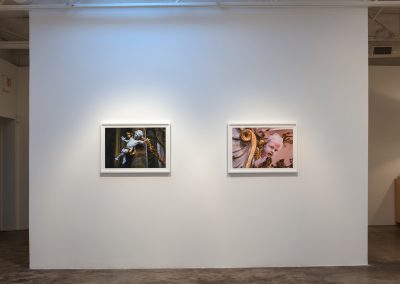 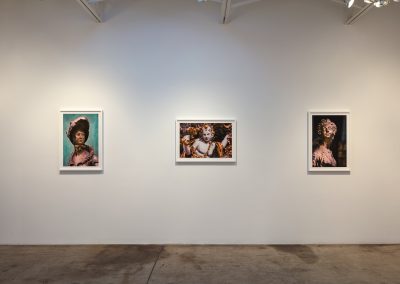 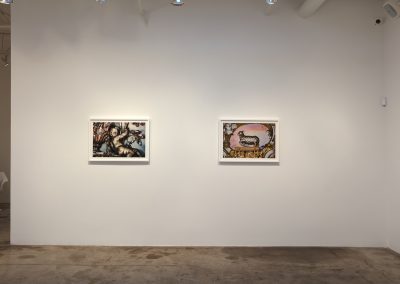 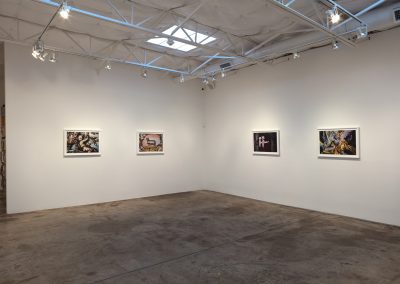 This exhibition features nine new photographs by Lee all taken in Rococo churches found throughout Germany. Traveling to Rococo churches and palaces throughout Bavaria during the past two years, Lee began an intense investigation of figurative and representational ornamentation found in these historic buildings from the 1720s to the 1760s. From the contrast of these celebrated structures and the grandiosity their architecture, Lee was attracted to the strangeness of these figures and their ability to speak to a contemporary sensibility and, more specifically, to our times of tension and troubles. Lee found that “while in the service of the divine, these details are decidedly more reflective of the human.” Further, rather than being carved from marble as one would expect in these elaborate settings, Lee discovered that they are, instead, made of a “more degraded material” being painted plaster and stucco with gilding that emphasizes their own artificiality.

“For me, each photograph is a poem or short story. Just as the written word yields or resists yielding to a narrative, a photograph communicates a story or history. However, while a linguistic text unfolds as it is read, through time, the photograph communicates almost instantaneously. I am interested in how the photograph relies on the simultaneity of vision versus the sequentiality of language to construct meaning. In particular, how do seemingly conflicting aspects of an image, whether juxtapositions of form or color or contrasts in subject matter or actual depictions of wear and tear, breathe life into a photograph and multiply its meaning? How do photographs reflect visually rather than verbally our psyche in all of its messiness and contradictions? So whether I’m photographing a Moorish tile in Spain or a grave in New Orleans, I am always sensitive to and on the lookout for the fissures that speak to me and that promise to deliver a multilayered narrative.”

Rima Canaan Lee was born in Beirut, Lebanon, and grew up in Hamburg, Germany. She received a B.A. in English and American Literature from Harvard University and a Ph.D. in Comparative Literature from Yale University. The artist now lives and work in Fort Worth, Texas.