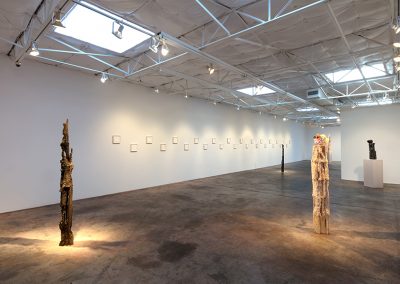 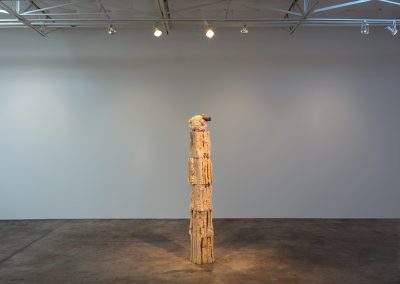 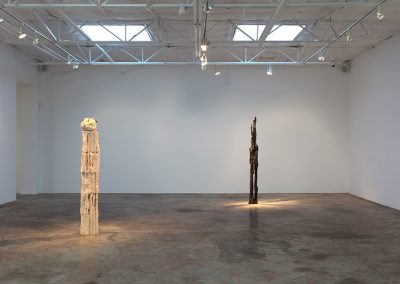 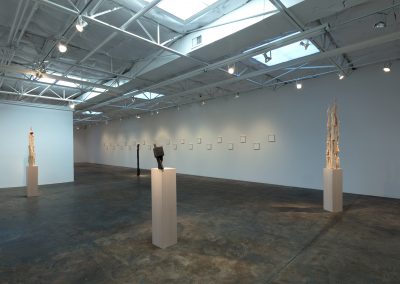 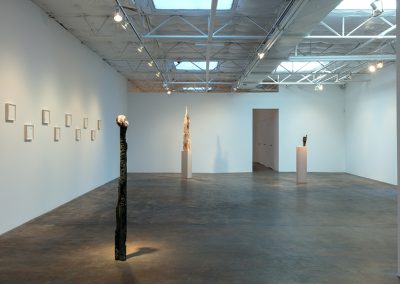 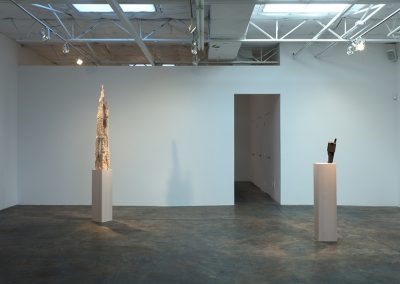 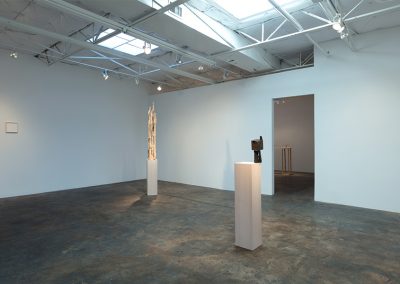 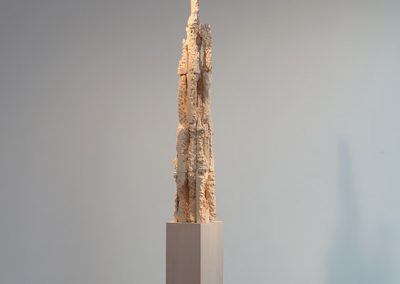 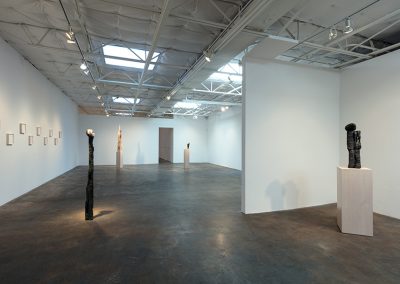 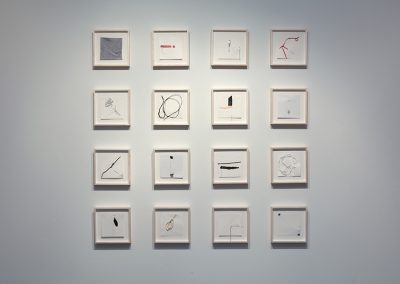 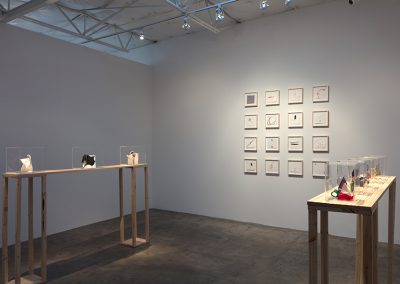 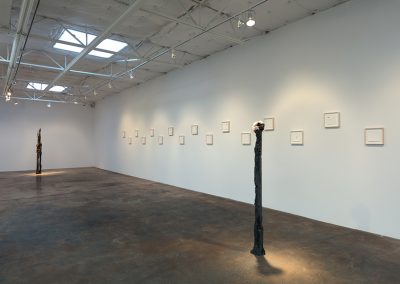 Mend features new works from the artist from two distinct bodies of work: The Hannah Variations and an unnamed series that is created from found objects found within a 6-block radius in San Francisco. The constituent parts of the pieces in the latter series were gathered from a place that sits at the intersection of diverse communities and socioeconomic strata. The artist describes the space as “part blend, part collision,” and this is reflected in the objects’ making.  While Havel makes the action of creation very conspicuous and each part remains identifiable, the objects become more than the sum of their parts. This juxtaposition of the disparate and, at times, irrational is a touchstone in Havel’s work.  Much of his career has been dedicated to the juxtaposition of fluidity and rigidity, of the supple and the solid. The pieces in this series seem to play more with the relationship between intimate and monumental. One of the “street sculptures” in Mend (to remember to forget), 2016-17 includes two 35mm color transparency slides. Each is supported by a piece of paper that seems to defy gravity. As one bends one’s knees and tilts one’s head to see one of the images, the scale of the image seems to oscillate. In one moment, the image is so small you must crouch to see it. The next moment, the image – through your own focus – achieves the monumentality of a drive in movie screen.

The other series represented in this exhibition is The Hannah Variations. In this series, the largest elements are either wood or bronze that has been cast from wood. Missing Daisy, 2017-18 rises gracefully in the distance, recalling a Giacometti in both silhouette and surface texture. Upon approach, however, figural qualities begin to disappear and overall form seems to dissolve into pure surface. The unique surface texture is accomplished by an unusual collaboration. The carving itself is done by Havel’s 18-year-old African Grey parrot, Hannah. Assemblage has been practiced by many sculptors including Havel, but this degree of partnership with an animal adds a level of intimacy and domesticity to the practice that can be, at times, detached from the histories of the objects it incorporates. With this series, Havel continues to push the boundaries of his own practice and sculptural vocabulary.