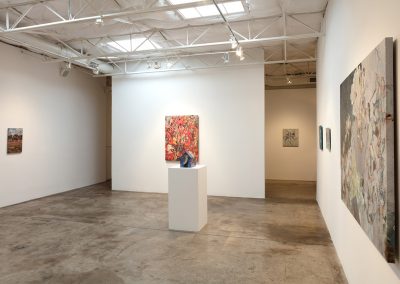 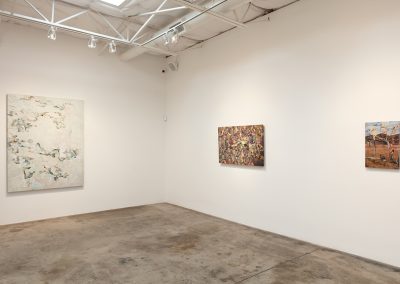 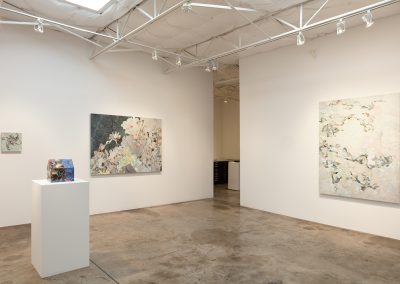 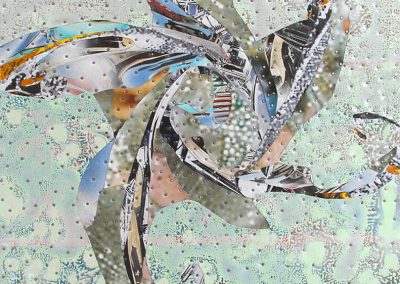 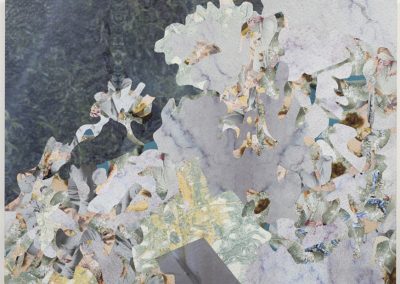 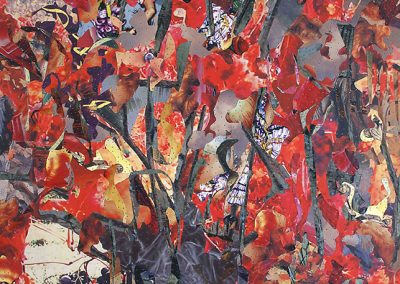 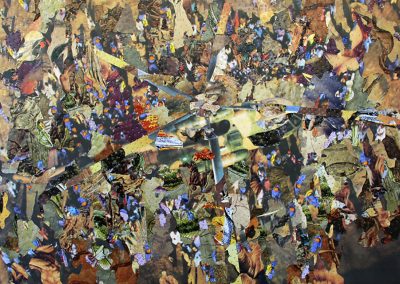 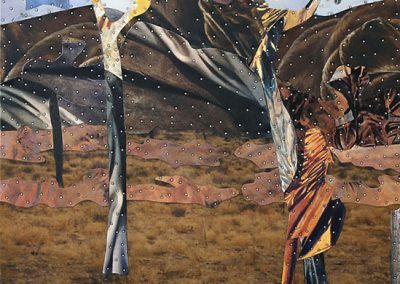 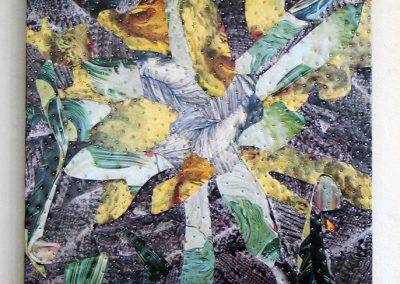 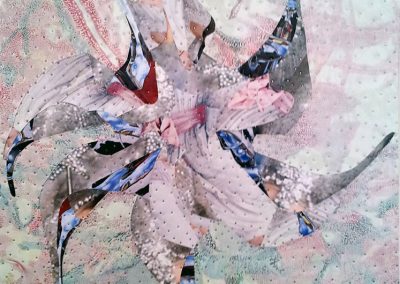 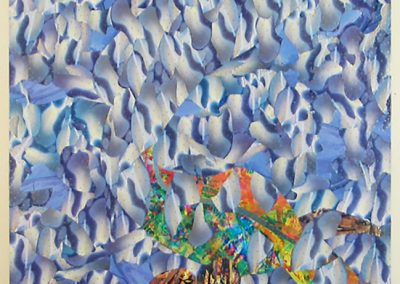 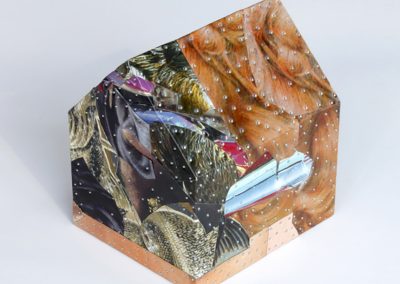 The works in this exhibition showcase the culmination of Berlant’s signature working methods that he has developed over the course of his highly successful 50 year career.  Berlant is known for his metal collages constructed from found and fabricated tin attached to a surface with steel brads. To create his metal collages, Berlant samples techniques from a number of fine art disciplines — most notably photography, but also painting, drawing, and printmaking.

Berlant’s work often engages landscape as a metaphor for the unconscious, thereby connecting itself with the artistic tradition of Surrealism. His innovative use of materials and techniques as well as his incorporation of the human form in works such as Any Given Time, 2014 further root Berlant’s work in this art historic territory.  Works in this exhibition were created between 2008 and 2015 and include two three-dimensional works that refer to the cube sculptures that contributed to his early acclaim in the mid 1960s. The materials used, the layering of images within images, the enigmatic compositions, and Berlant’s practice of wrapping collage around the sides of his panels grant even the two-dimensional works the sculptural presence of object as opposed to pure image.  The impact of the surface quality cannot be over-stated, and these works truly must be seen in person to be fully appreciated.

Tony Berlant was born in New York in 1941, and moved to Los Angeles as a child. He remained in Los Angeles to study at the University of California Los Angeles, where he earned BA, MA, and MFA.  Berlant went on to teach in the university’s art department for several years. In 1964, LACMA awarded Berlant the New Talent Purchase Grant and he has exhibited widely throughout the United States ever since.